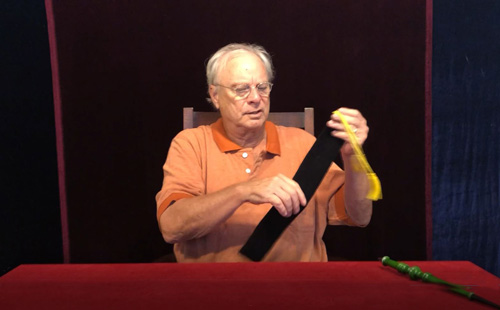 My current series, Myths and Legends, combines primitive petroglyph-like representations—symbols of symbols of symbols of Americana, land of the free for many—with the erosion of lib-eral democracy and social justice for most as the background within the background. Many of the representations I've used are inspired by small, iconic figurines I collected during a brief period when I stopped painting—the time in which I developed my second business, “Whirlwood Magic Wands.” I started working on a lathe, making wooden wands à la Brancusi, which lead to my Hunter-Gatherer series of wooden sculpture, “Grasslands.” After my new business was built and paying off, I wanted to start painting again and knew I needed to keep it simple. I chose “Walking Down the Road to the Lake” as my subject, metaphorically encompassing our earthly lifespans; primitive roots infused with current issues like global warming, oppression, and the loss of freedom as my content; how could I not? Characters from my figurines collection worked their way into my psyche, much as a model might. They began to appear in my work near the end of the Yosemite Valley Series, became exclusive in Myths and Legends and will continue as far down the road as I can see.

In these recent works, cultural icons—archetypes from Aladdin and Pan, from Lincoln to Snow White, which often require childish magical thinking to activate—populate classic American landscapes like Niagara Falls and Yellowstone. These backdrops represent the beauty and power we as a people have owned for my entire life, but which we are now losing to the forces of fear and ignorance and greed. Particularly resonant due to their iconic nature, these paintings reflect America, land of the free and not-so-free, with our historically shared values and vision, shifting due to technology and globalization along with the age-old forces of evil and power and superstition. These are the themes which currently move me to paint.